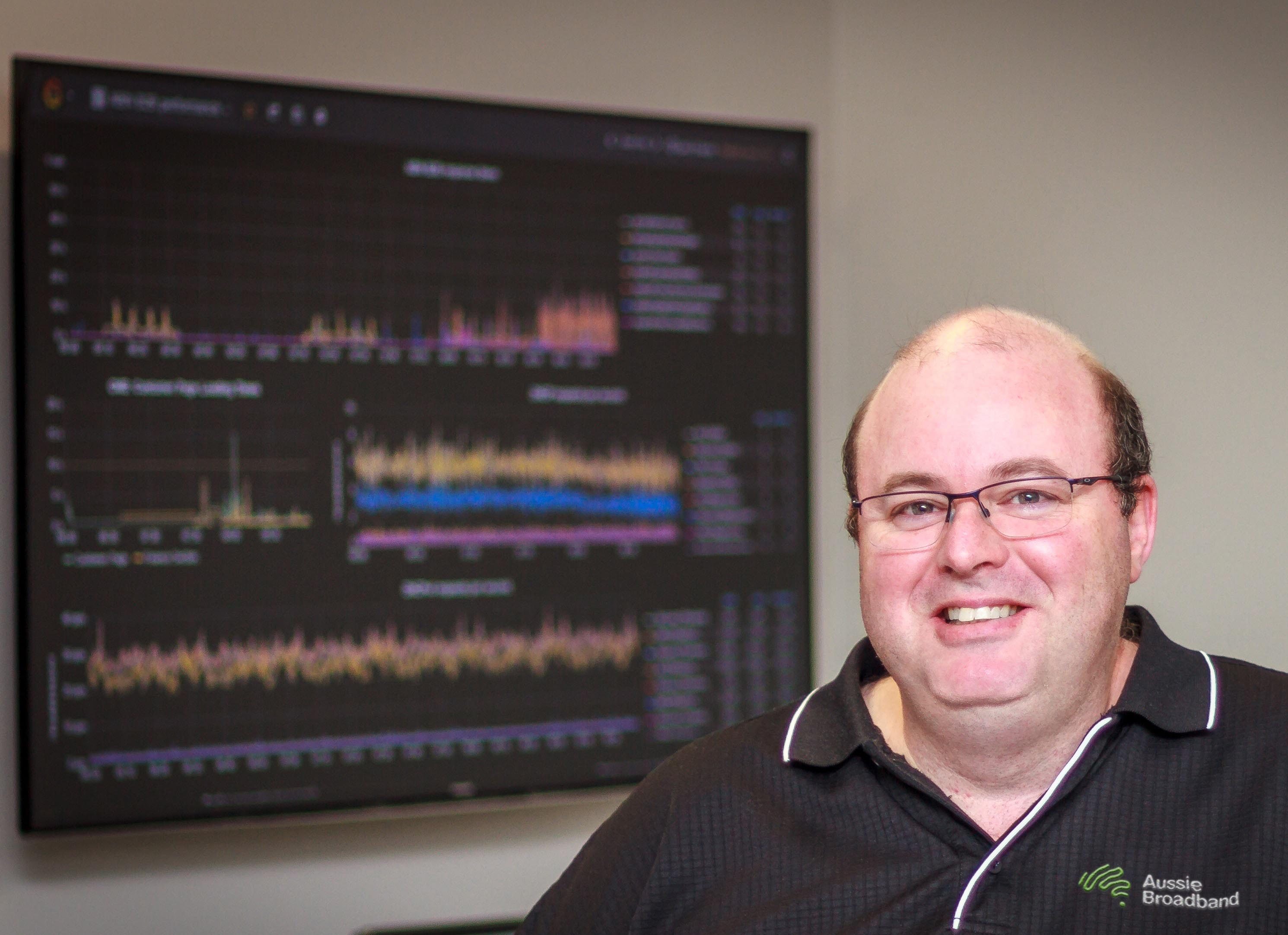 This month we profile Phil Britt, Managing Director at Aussie Broadband, a small telco that punches well above its weight.

Phil co-founded Aussie Broadband in 2003, in response to what he saw as a growing need to extend broadband access into regional and rural areas of Australia. More recently, his vision of providing high quality internet to all customers has propelled Aussie from a small regionally-focussed business to an Australia-wide ISP.

Rated by the ACCC as having the best NBN speeds in Australia, Aussie Broadband has been through a period of enormous growth. During this period Phil has stayed true to his customer centric approach, with call centres based in regional Victoria one of the company’s key points of difference in the market.

“Before we were a national NBN player, Aussie was a builder of network infrastructure in regional Victoria and South Australia. We’ve now got so many opportunities, staying focused on the main game is hard. ”

Just take look at some of their incredibly positive customer reviews on Google and you’ll begin to understand that this is a company being led very differently.

If they needed industry recognition they secured that too, by winning the 2018 Best Broadband Provider at the national CommsDay Edison Awards – judged by experts across Australia in the telco industry.

Phil’s self-described “no bullsh*t approach to things” allows him to engage with people from all backgrounds and introduce a unique level of transparency around Aussie’s network management, publishing network graphs to their website that show traffic levels at all points of interconnect.

“It seemed like the logical next step in providing customers with more information about what’s happening behind the scenes with their internet.”

Phil has has worked in the ISP industry at management level since 1996, experiencing both the technical and management challenges faced by the telecommunications industry, and his experience shows. But the Aussie Broadband journey hasn’t been all sunshine and rainbows.

At this year’s AusNog Phil talked extensively about the challenges of scaling quickly and gave a behind-the-scenes look into the rapidly expanding Aussie Broadband network. (view slides here)

When discussing their pathway from regional ISP to national telco, he said, “In September 2016 we announced that we would build to all 121 nbn POIs. At the time, we were connected to just 12 POIs. The rollout took 6 months longer than expected, nearly sent us broke and had many, many challenges. Taking control of our own network has been the key to our rapid growth.”

Despite the challenges, Phil remains upbeat about finding the right talent to continue to grow the business further-

“Engagement plays a significant role in attracting talent. I think you need to ensure that people are enrolled in the outcome that you are wanting to achieve, and that they truly feel part of it. I don’t think it’s a dollars and cents argument.”

“We employ a lot of young people at Aussie Broadband and we find that most of them prefer working face-to-face as part of a team.”

Heavily involved in the not-for-profit sector, Phil has previously headed up the committee organising Australia’s largest Venturer Scout weekend event and encourages volunteering amongst his staff.

“A large percentage of our staff, including many of our leadership team, volunteer in community organisations. In 2017, we won the prestigious Australian Communications Industry Award for Excellence in Community Contribution. We are committed to making our communities better.”

A graduate of the JMW Leader of the Future program, Phil is well-known for his technical expertise and is unfazed by the prediction that 50% of tech jobs in Australia may not exist in ten years’ time.

“I look at a lot of existing positions we have now and they did exist ten years ago – but they have changed and morphed significantly over the years. I expect the same to happen in the future of our industry.”

We ask Phil the IAA Q&A…

Did you plan a career in IT/telecommunications? Is this the career you saw yourself having?
No! When I was younger, I wanted to be a cabinet maker. At around 16 I got interested in the internet and at 18 I started my first ISP largely because I wanted to get cheap internet. I have tried stepping away from the telco industry but I missed it too much.

If you could give your past self some advice, what would it be?
Go bigger earlier on – take more risks.

iOS or Android?
Definitely iOS! (Phil is known through the business as being an Apple fiend – Ed)

What is your favourite technology news source and why?
Probably ITNews, followed with a healthy dose of CommsDay and Whirlpool. I really like ITNews and particularly Ry Crozier because I think his stories are well-written, factual, he follow the issue through to a conclusion, and he isn’t afraid to get down and dirty.

What are you most excited about when you think about technology innovations and the future?
I’m probably most excited about the possibilities that could open up to Australians with higher bandwidth services. We are shaping the way Australians use the internet. And given that we are based in the Latrobe Valley, I definitely have a soft spot for how technology can transform rural and regional areas.

What is the first games console you owned, and favourite game on it?
I wasn’t allowed to own a games console as a kid, but I was into PC gaming and my favourite original was Doom.

What would you like to see happen in the industry over the next 10 years?
I’d like to see fair and equitable mobile wholesale access, and I’d like to see NBN held to account to defined service standards that are expected by our customers. This covers a range of issues, including minimum acceptable speeds on the fixed wireless network.

What is your favourite way to unwind from technology?
Definitely Scouting. I’m a Venturer Scout leader and when I’m working with 14-17 year olds, it keeps me on my toes and I can’t think about anything else!

Processing...
Thank you! Your subscription has been confirmed. You'll hear from us soon.